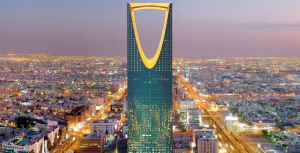 Saudi Arabia is one of the richest countries in the world, both financially and culturally. It is known for its oil reserves and the utter absence of rivers and lakes. In fact, some are surprised to discover that in Saudi Arabia, a gallon of water is more expensive than a gallon of gasoline. It has a reputation for the ease of doing business. The VAT rate is nonexistent and its people don’t pay income taxes.

However, Saudi Arabia is famous actually for its weird laws. It’s the only remaining Islamic country (or just country), where cutting someone’s hand or even head is a form of punishment, albeit rarely used. Women aren’t allowed to drive and can’t go outside unless they’re escorted by another woman. In 2015,

women might actually be able to vote. Law prohibits celebrating Valentine’s Day. Music classes and movie theaters fall under the same category. However, not only that there are public universities that require no additional fees, but students get legally paid to attend college. It’s no wonder why Saudi Arabia is a public destination for young men. The average age is 18 years only.

Saudi Arabians are usually formal before knowing someone. Many describe them as cold, while they believe they’re just being respectful. Punctuality is not their forte and bureaucracy may delay even insignificant, common requests. Gender rules are strict. Women and men socialize in separate environments and they do not mix. They make separate lines when waiting for their order and don’t greet each other on the streets. Saudi women wear a burka or at least cover their neck, hair and knees, while Saudi men wear a white piece of clothing called thobe. 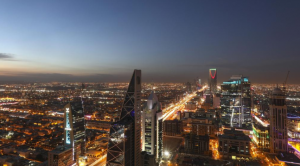 Quite ironically, Eve’s tomb lies supposedly in Jeddah. Mecca and Medina are famous as pilgrimage destinations. Kaaba and Al-Masjid al-Nabawi attract many tourists. The Green Dome hides the tomb of the prophet Muhammad.

Free Things to Do on the Big Island of Hawaii

The Big Island of Hawaii is known more for its natural and cultural phenomena than for commercial tourist attractions, so chances for free activities abound. With majestic mountain peaks, an underwater state park, more than 600 coffee plantations and flowing lava, it’s unlikely that you’ll find yourself bored even when your vacation dollars run out. […]