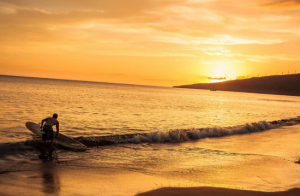 The Big Island of Hawaii is known more for its natural and cultural phenomena than for commercial tourist attractions, so chances for free activities abound. With majestic mountain peaks, an underwater state park, more than 600 coffee plantations and flowing lava, it’s unlikely that you’ll find yourself bored even when your vacation dollars run out.

With high elevations and rich volcanic soils on the Big Island, it’s no wonder coffee plantations still thrive, with more than 600 of them in the area surrounding Kona. Visit coffee orchards, coffee mills and tasting rooms; most provide tours. The Mountain Thunder Coffee Plantation is a certified organic farm and offers free tours daily from two locations (or paid experiences such as roasting your own Kona Private Reserve beans). 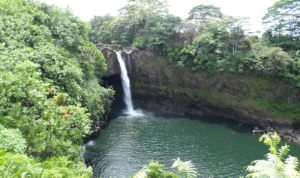 Located about 12 miles south of Kailua Kona is the Kealakekua Bay State Underwater Park, known for the spinner dolphins that live there year-round. The coral reefs make for good snorkeling and scuba diving, and it’s also a popular place with kayakers. The bay’s claim to fame extends beyond nature: A white obelisk marks the death place of Captain James Cook in 1779.

One of the most colorful things on the Big Island, apart from nature, is the Painted Church in Captain Cook. Officially named St. Benedict Roman Catholic Church, it was built in 1899 by Father John Velghe, who used ordinary wood and house paint to create lavish paintings on the walls and ceilings, depicting biblical scenes with Hawaiian language inscriptions.

In a casino, you never know when you might hit the jackpot. It can be very exciting, but also nerve-wracking at times. In this article, we’re going to look at some tips and tricks that will help you increase your winning chances. We’ll start with some general strategies for playing online casinos.  First of all, […]

Saudi Arabia is one of the richest countries in the world, both financially and culturally. It is known for its oil reserves and the utter absence of rivers and lakes. In fact, some are surprised to discover that in Saudi Arabia, a gallon of water is more expensive than a gallon of gasoline. It has […]